ualtallary is a very particular alluvial fan, which has been formed at the foot of the Tunas fan. It is one of the largest geoforms in the Uco Valley (5,220 cultivated ha), with 600 m of slope. It begins at 1,075 m to the east and ends at 1,650 on the border of the Tunas fan.

This fan has been formed by two main rivers (the ciénaga and Villegas) in addition to the Tunas river. The nearby relief of the Jaboncillo and the Peral also played an important role in the formation of this fan. Although the way of formation is comparable to the other fans of the Uco Valley, the number of factors involved in its formation made it the most complex and heterogeneous fan in the valley.

There are areas of very rich and deep soils, areas of very poor alluvium and with important variations in calcareous content. It has been possible to identify different geomorphological regions in the Gualtallary fan. (see map below) 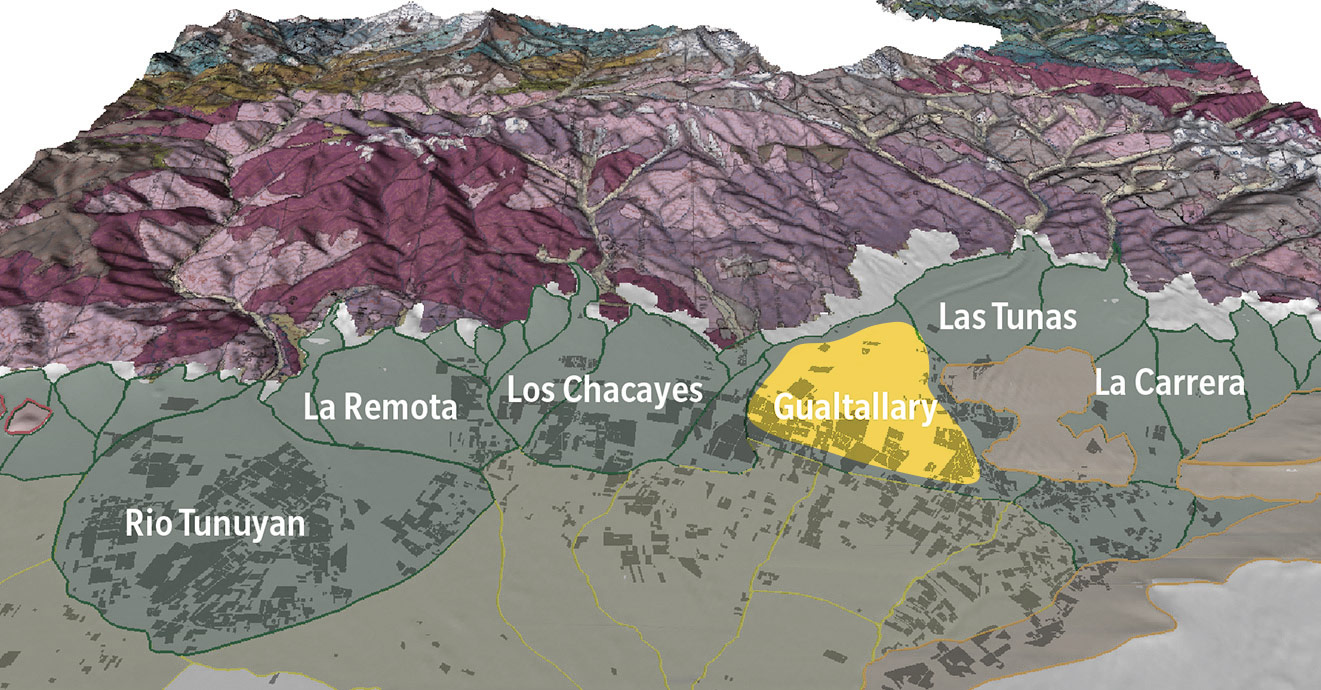 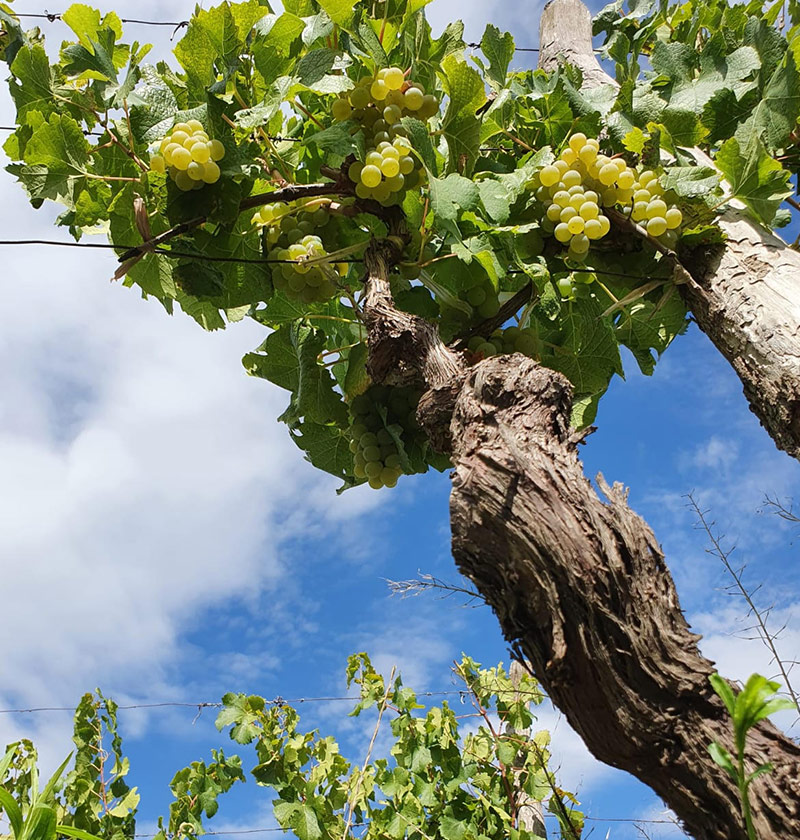